This spiked horchata cocktail is ideal for enjoying on your Day of the Dead celebrations. 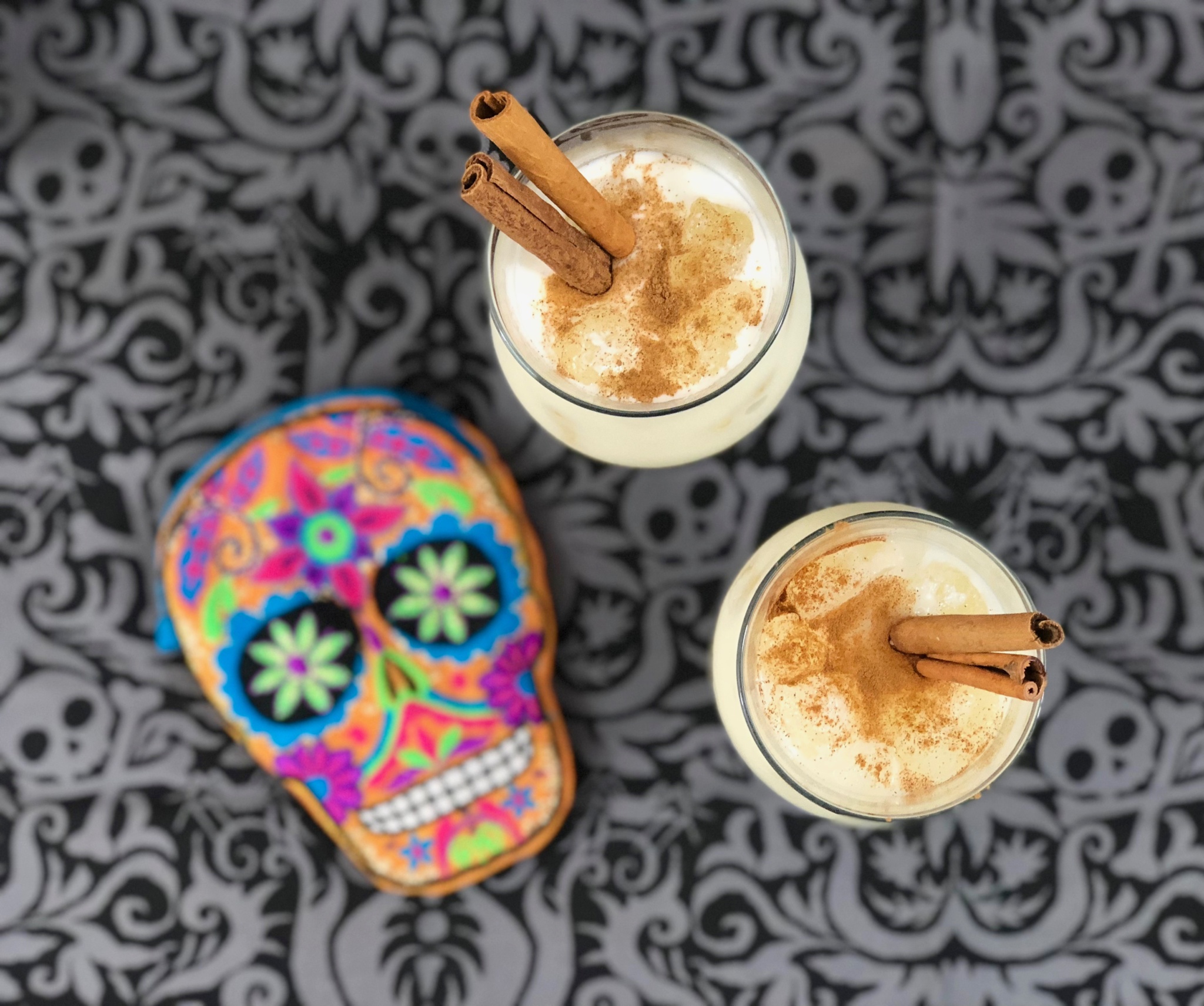 The Day of the Dead is a celebration centered around family and tradition and I wanted to create a cocktail that reflected that. So creating a cocktail made with horchata just made sense, since horchata is often shared among family members during Day of the Dead celebrations. Horchata is a traditional Mexican and Central American drink made with rice and milk. To make it a bit more festive I simply added some rum for a sweet, creamy cocktail.

I used to drink horchata at every birthday party as a kid and there was often horchata in my refrigerator at home and at my grandma’s house. Back in Guatemala horchata was sort of the official non-alcoholic drink for family get-togethers and parties. Horchata recipes vary greatly from country to country. The traditional Guatemalan horchata recipe includes almonds, anise, and pepitoria (squash seeds). 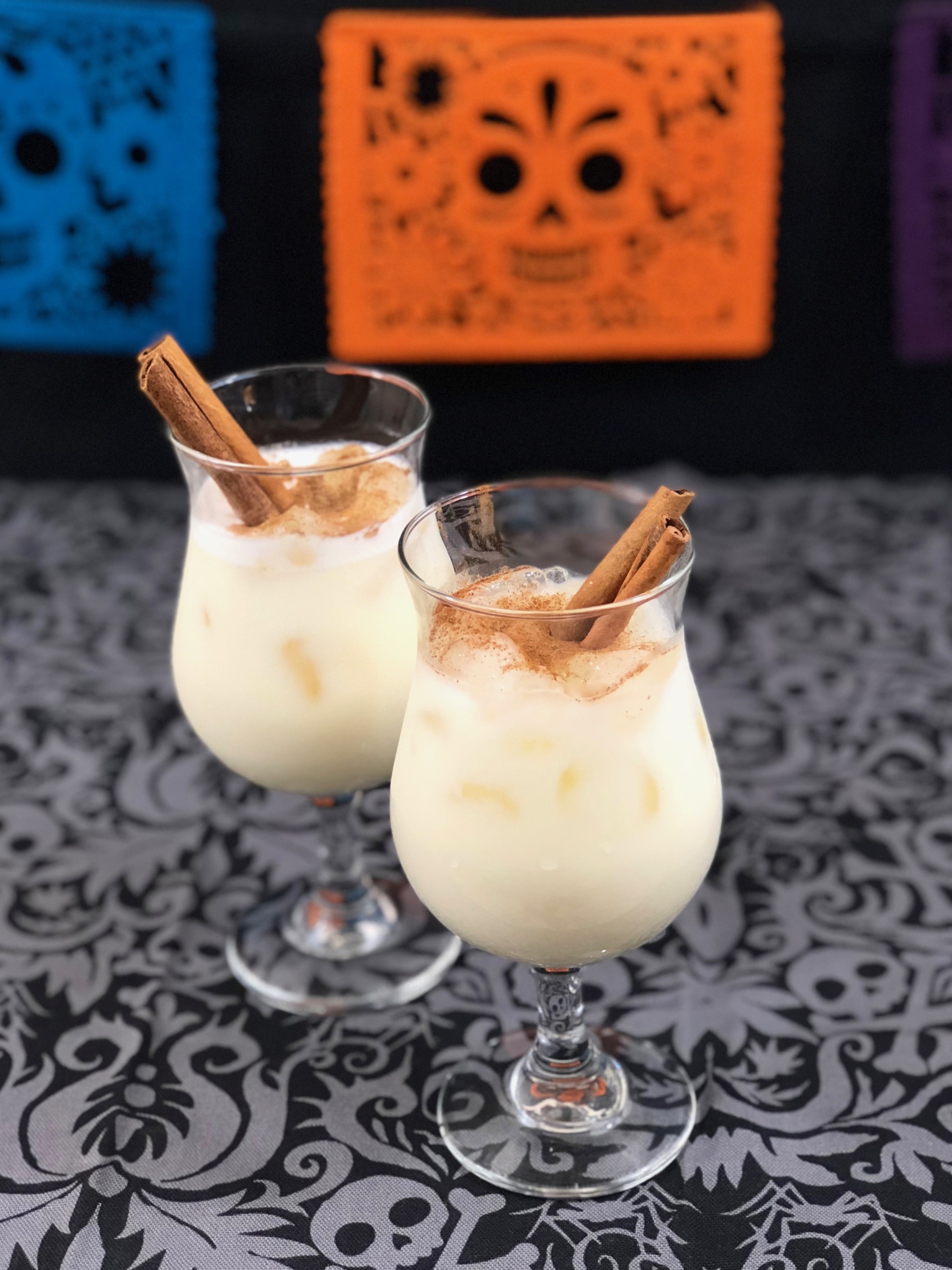 For this horchata cocktail, I modified the traditional horchata recipe slightly while keeping the process very similar to how horchata is made back home in Guatemala. I left out the pepitoria (squash seeds) because it’s hard to find it here in the US. Pepitoria also gives horchata a slightly bitter taste that can turn some people off. Though I’m sure horchata purists will also tell you that pepitoria is what makes this drink unique. So if you can find it add a few or a handful of roasted squash seeds while blending. I replaced milk for almond milk. Most horchata recipes include almonds and by using almond milk I’m simplifying the recipe without changing the flavor. 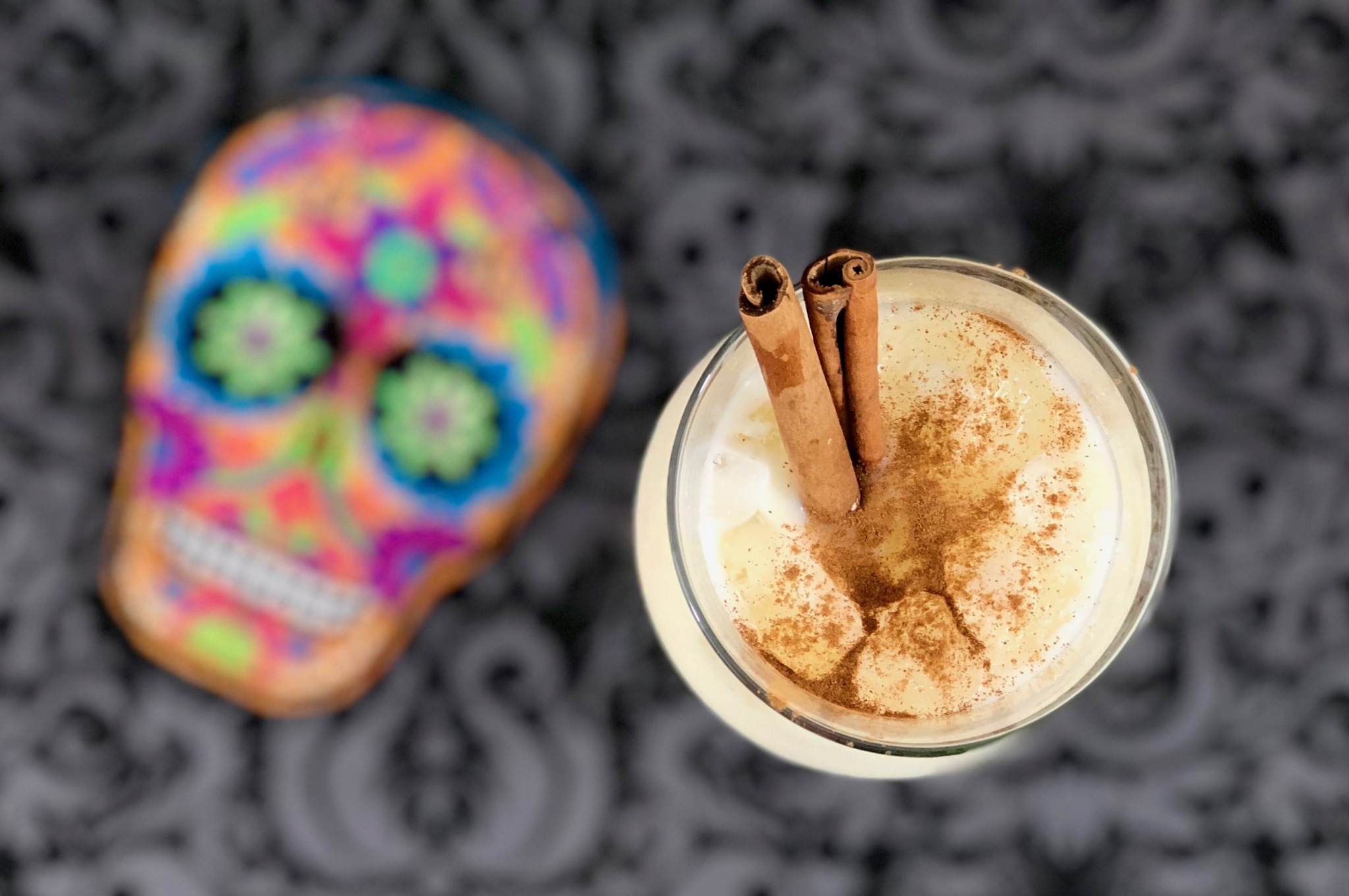 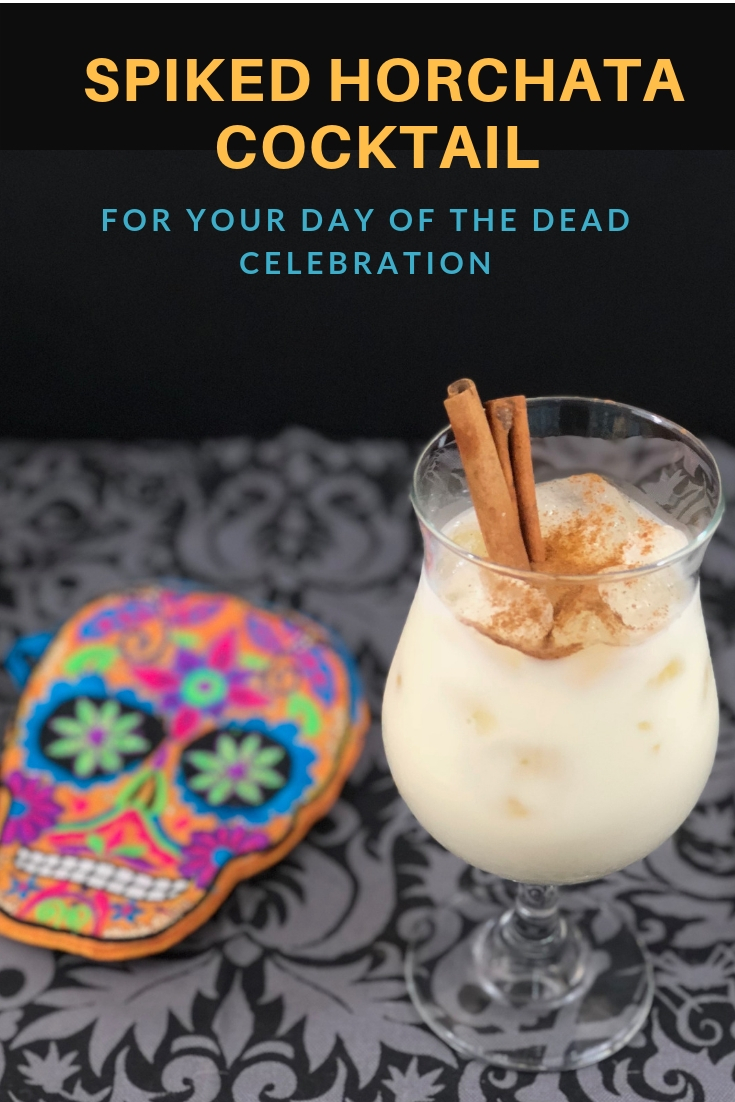