My little guy is really into race cars and has been dreaming of a race car party for quite a while now.  So when his 6th birthday came around there was no doubt in our minds that I had to throw him a race car party. He loves the color red which was perfect for the theme.  Being a car lover myself coming up with some fun race car inspired designs for the party treats and decorations was easy and I had so much fun making these.

We started off by getting a checkered table cover

as well as a red plastic table cover

and some plastic checkered flags

.  We got some red paper bags for the party favors and filled them with wooden car kits from the dollar store and Make-a-Race Car Sticker Sheets

which where a total hit ! 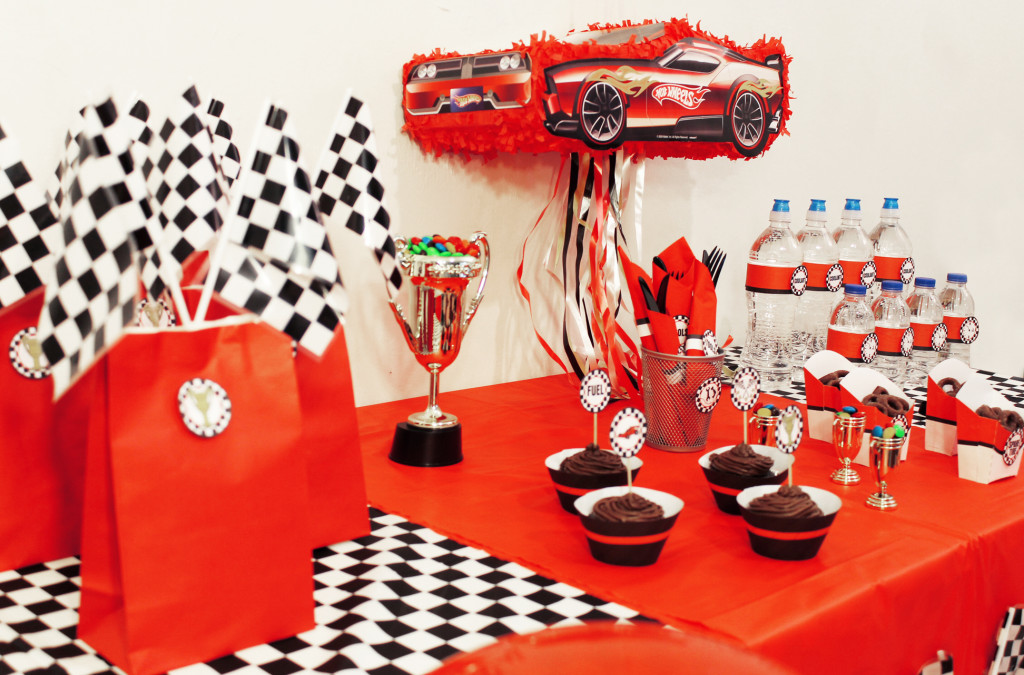 Using the red, black and white color scheme I designed the cupcake toppers and cupcake liners, some treat boxes, trophy decorations for the treat boxes as well as fun water bottle labels.  You can download all of these party printables for free here > Free Party Printables . 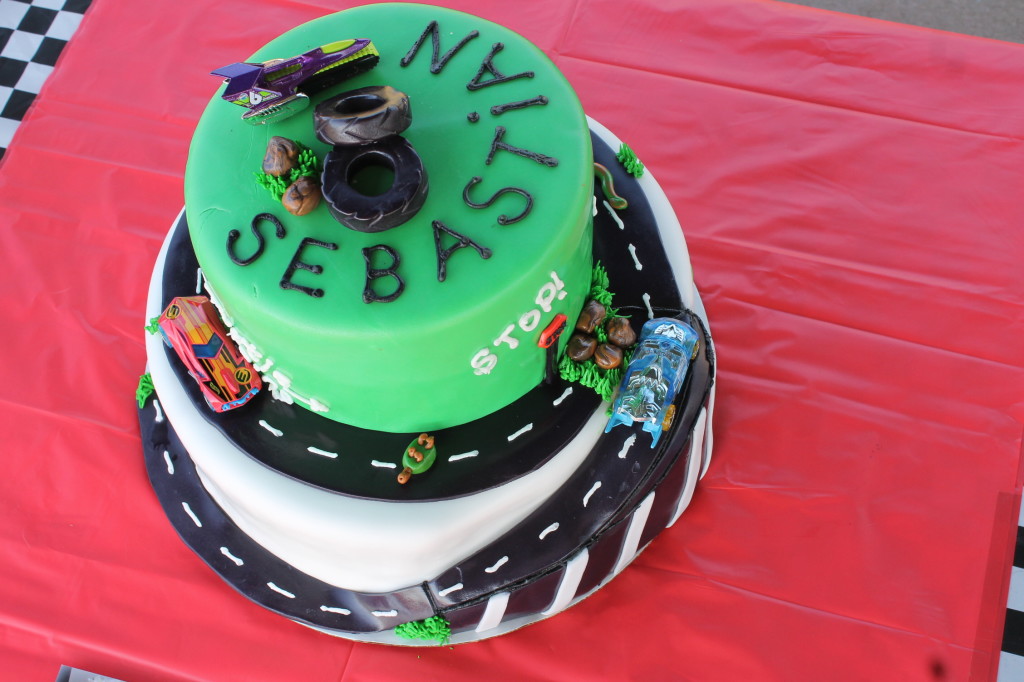 We had the party at the park. We decorated the park pavilion with checkered flags and covered the tables with black, red and checkered table covers.  I think one of the things that made this party a real success is that I my little guy was involved in most of the decisions. He picked the cake from some pictures my wife showed him on Pinterest and bought the race cars we put on it himself. 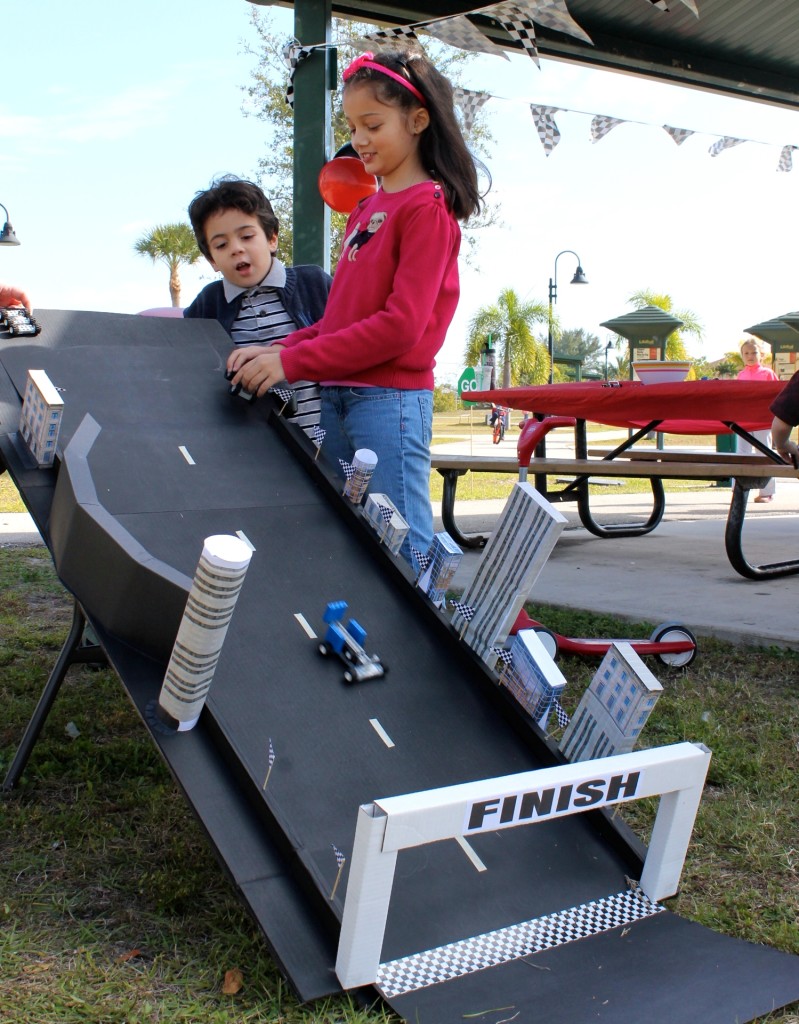 For months my little man had been telling us that he wanted the kids at the party to make their own cars and them have the cars race on a city with buildings.  So I used some big cardboard boxes to make  ramp, painted it black and made a “finish” sign for it and my little guy helped placing the checkered flags (which we printed) along the race course and checkered duct tape at the finish line. I printed building facades and made paper buildings and once we where at the park we just placed one end of the ramp on the table and the other end on the grass.

The kids had so much fun making their own Lego cars and then racing them on the track, even the girls loved it. 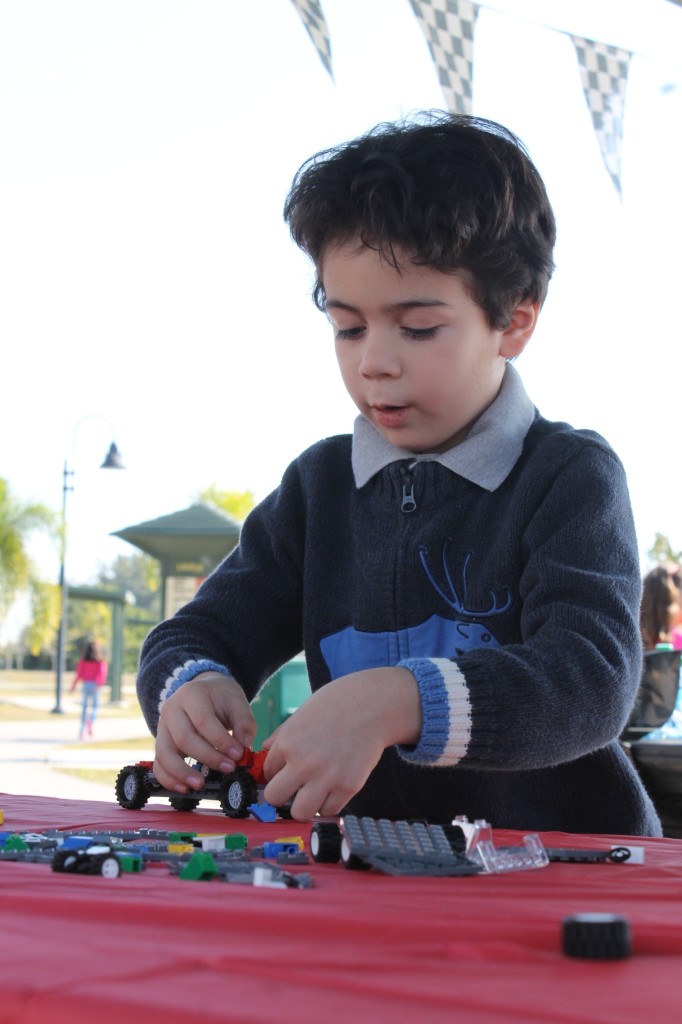 To keep with the race car theme we also had a real race throughout the park.  The kids brought their bikes, trikes and scooters and we placed street signs along the path as well as some cones to create a race track.  We gave all the kids a pit pass, which you can also print along with the other Free Party Printables HERE.  To avoid accidents we just had everyone go around the track at their own speed as many times as they wanted and everyone was a winner and received small golden trophies filled with M&Ms. 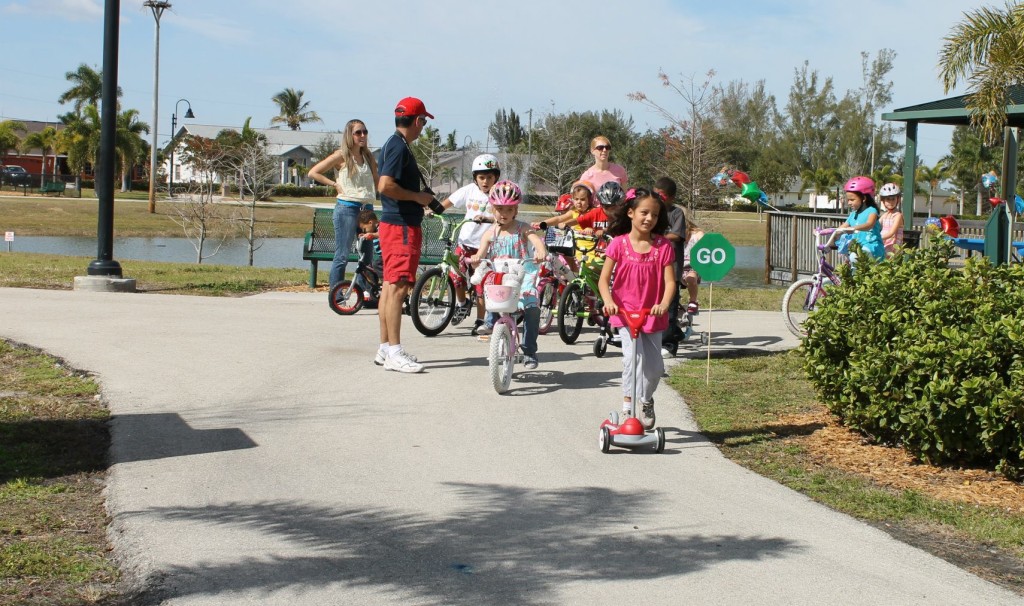 For food Paula made race car shaped peanut butter and jelly sandwiches, we also had chocolate covered “spare wheel” cookies, (you can also use Oreos), and cupcakes and just before singing happy birthday the kids broke a Hot Wheels red race car piñata 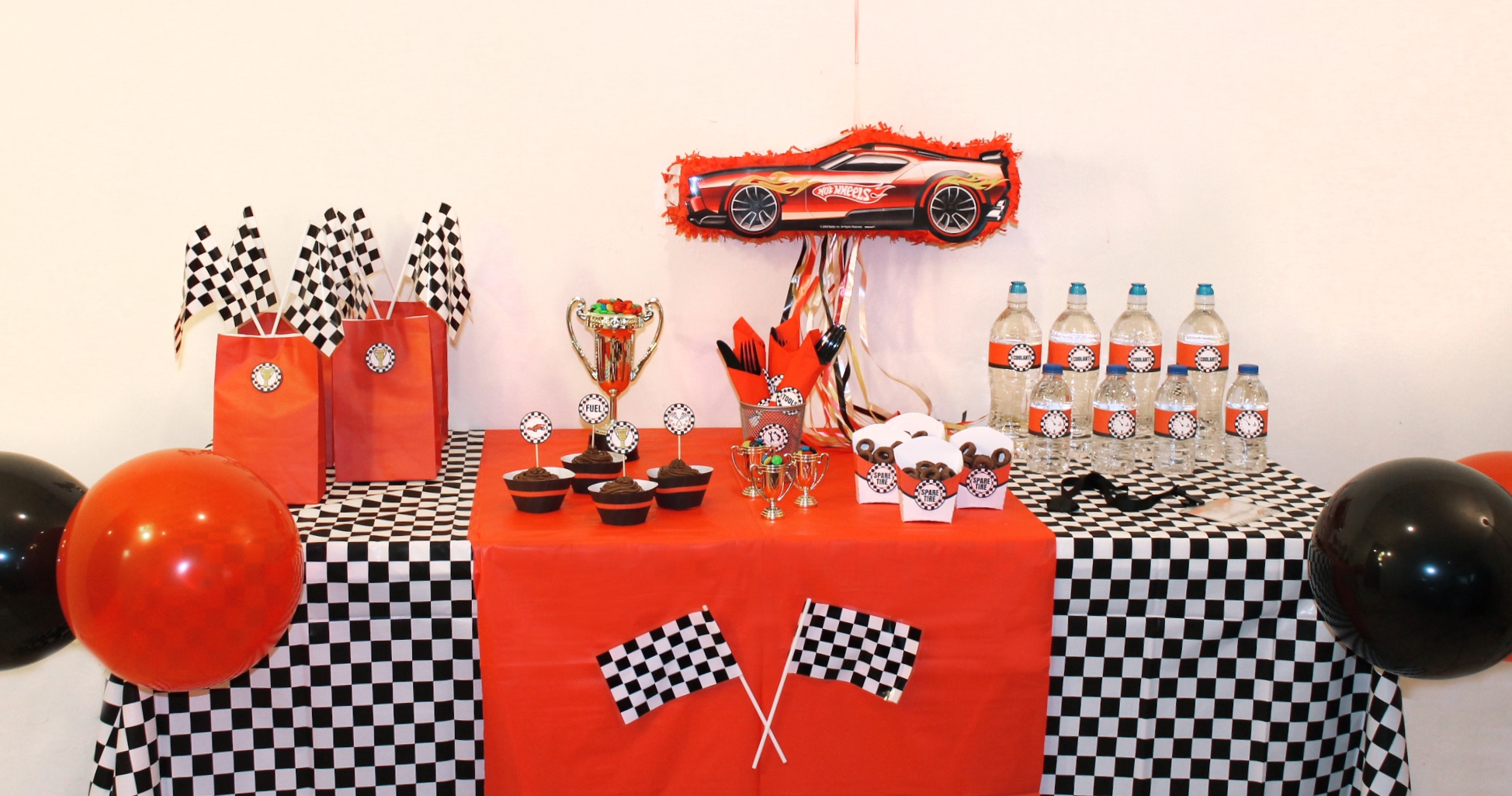