With the recent research regarding bilingualism all being favorable, I can only imagine that bilingualism will become more of the norm going forward. Countries such as England are already rolling out legislation to encourage foreign language learning.

With England jumping in head first for 2014, I believe other English-speaking countries will follow suit. Certain states in the US have already begun to increase funding for dual immersion programs and other language-focused programs and classes.

The Importance Of Being Bilingual Will Change In Business

Bilingualism is destined to rise in the business world. International companies are constantly seeking non-English speakers, who speak Engilsh as well, to open, expand, or research opportunities in other countries. As the world becomes more integrated, markets congeal, outsourcing opportunities expand and minimizing costs continues to drive location decisions, business will need people who not only speak other languages but can connect with members of other cultures.

Bilingual, and bicultural, are going to be prerequisites for an increasing number of jobs in the 21st century. Other things that drive this is the big push for diversity. Diversity is a buzzword today in business, and this buzzword is buzzing due to the various benefits in the workplace. When multiple ideas from a varied group of people congeal into one, actionable item, the basis for a great plan is formed.

The high value of diversity in business today will drive businesses to want to be more diverse. Diversity can come in many forms; ethnic, linguistic, cultura, societal. There is diversity in backgrounds, experience, class, upbringing, etc. A large part of diversity, however, is the whole ‘cultural package.’ This is heavily tied to language. That means, a bilingual person is, generally, more diverse than a monolingual person; at least in terms of cultural diversity.

While a blanket statement cannot be made that bilinguals are more diverse than monolinguals, I would say it is deifnitely more likely that someone who speaks two languages is more culturally aware than someone who only speaks one.

What Other Benefits Are There For Bilinguals In Business?

A lot! The benefits that come with bilingualism are varied. I recently wrote a post on bilingual education pros and cons and I couldn’t believe how many of them go hand-in-hand with success in the business world. Decision making ability, increase concentration, ability to filter data, and many others are exactly what is needed to succeed not only in business but in many areas in life.

Many things in life, if not all things, require a certain level of communication to find success. Bilingualism increasing ones communication abiltiies, therefore indirectly increasing our abilities in almost every single thing we do! Being bilingual isn’t a magic pill, and you won’t instantly become the CEO of Microsoft if you learn a second language, however prolonged exposure to two or more languages will strengthen the exectuive function region of your brain thereby paving the way for many of these great benefits to come to fruition.

This is why it is so important for parents who already speak two languages to insure they are raising their kids bilingually! Among other things, the increased cognitive, social, and emotional benefits of bilingualism are definitely worth it! 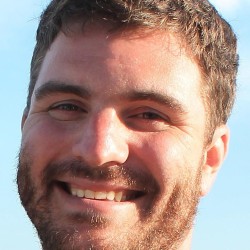 Jeffrey Nelson
Jeffrey Nelson is a bilingual husband, father, and author who writes about raising a bilingual child as a non-native speaker, bilingualism in general, bilingual countries, and notable bilingual people at LivingBilingual.com. He married his Mexican princess and embarked on his bilingual journey about four years ago. He currently lives in the Midwestern United States with his wife and their child, Liam.

2 thoughts on “The Bilingual Businessman: The Future Of Business”