COMMON MYTHS ABOUT LEARNING TWO LANGUAGES AT AN EARLY AGE 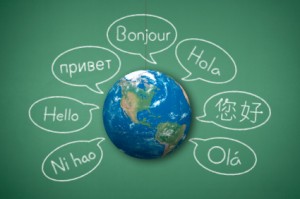 If I mix English and my native language my child will get confused.  Children can differentiate between two different languages from an early age. It is part of the development of a dual language learner to learn some words in one language and other words in the second language so it common for children to mix languages in the beginning. As the child learns more words he will be able to change from one language to another.

If I mix English and my native language I will delay my child’s speech development.  Children who are learning two languages can take longer to say words, but that is because their brain is prepared to process double the information. Research shows that exposing a child to more than one language may improve their ability to acquire language in general. Bilingual children also have the capacity to be more flexible in their thought process, having more different words to say or express one concept gives the more than one way to solve a problem. Because of the lack of updated information many professional are not aware of the latest research and can sometimes advice parents to concentrate on one language over the other, especially if there are concerns about the child’s language development of a child that is learning two languages. Even if you child is diagnosed with a speech or developmental delay raising him to be bilingual will not increase or decrease this delay and in could even benefit him given the amount of research that assures that children that learn more than one language at an early age are exercising parts of their brain which in turn.

Bilingual children end up speaking bad English.   Bilingual children may initially mix the two languages, confuse grammatical rules or use words in both languages alternately depending on what is easier for them.  This is normal and with time they will learn to differentiate between languages.  To help them we must simply model the correct use of our native language and try not to mix languages when speaking to them and children will learn to differentiate between languages all by themselves.

It is better for my child to learn only one language first and then start with the second language.   For children under 3 years it is a lot easer two learn two or more languages because they are able to process them simultaneously. But it is never too late, before the age of 7 children are still able to process two languages at the same time. After puberty different languages are stored in separate parts of the brain so children have to use one language to translate and understand the second language.  Even though it is easier for children to learn another language at an early age this should not discourabe parents from teaching their children a new language.