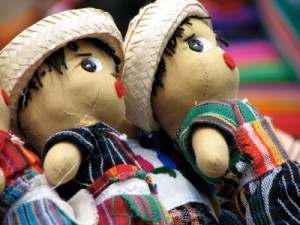 Teach by example: value your culture.

The first step to raising bilingual children is to recognize the value of your culture and your language and to take a conscious decsicion that you are willing to invest the time and energy to keep your traditions, beliefs and language alive in your home.

Speak your native language at home.

Speak only your native languge at home. Languages are learned better in a natural environment.  It doesn’t matter if your child doesn’t speak your native language at home all the time or doesn’t pronounce well, the important thing is that he tries, motivate him to answer you in the same language that he is spoken in.  It is also important for him to listen to you talk so he can learn the correct pronunciation and grammar. Explain to your child the importance of speaking more than one language and let him know that in different places and situations different languages are used. Make sure that you encourage him every time that he speaks in native language, if he uses some words in English or has difficulty with the pronunciation model the right the word or words and ask him to repeat them.

Talk about your roots.

Teach children about their history, their ancestors, traditions and cultre at the same time that you encourage them to be proud of being north Americans, this will help them accept their cultural differences more easily. Let them know that most people in the United States originally come from other countries and cultures, just like them.  We are all different, we all have different roots and beliefs but at the same time we all share things in common.  Teach your children about your values as the same time that you let them know that we are not all the same and other people may have different values and costumes, and that is ok.
As children grow they will start noticing that other children and other people do not act in the same way that they do, this is the perfect opportunity to talk to them and explain that people have different ways of doing things and that these are not less valuable. We must also respect other cultures, costumes and beliefs.

2 thoughts on “How to raise bilingual and bicultural children”