The posadas are one of the most important Christmas traditions in Guatemala. Christmas in Guatemala is such a special time of the year filled with delicious food, traditional Christmas songs and  different holidays  and customs.  The Christmas holidays in Guatemala usually kick off with la Quema del Diablo on December 7th, followed by the posadas navideñas and culminating with the Dia de los Reyes Magos in January.

Guatemalan traditions, in general,  are a fusion of elements and beliefs of Arab, Spanish, and Mayan origin. According to the famous Guatemalan historian Celso Lara, Guatemalan Christmas traditions are some of the most beautiful in Latin America. And the posadas navideñas are an essential part of those holiday Guatemalan traditions. Las posadas are also one of my favorite Guatemalan traditions as they bring together families and neighborhoods to celebrate the arrival of Jesus with songs and delicious food.

The Posadas in Guatemala: a beautiful Christmas tradition

In Guatemala, the December celebrations start off with the traditional Quema del Diablo (The Burning of the Devil) on December 7th.  It is a longstanding tradition to sanctify and purify the way before celebrating the Day of the Virgen de Concepcion on the 8th.

The traditional Christmas posadas take place all over Guatemala from December 16th to the 24th. In city neighborhoods and small towns, small processions or andas walk the streets as soon as the night falls. Children and teenagers carry the images of Joseph and Mary on the anda. At the same time, the adults bring colored paper lanterns and sing the traditional canciones de posada.

What is a Posada Navideña?

The posadas are small processions that symbolize the journey of Mary and Joseph from Nazareth to Jerusalem and their search for a place to spend the night. This Christian tradition originated in Spain, called Jornadillas, and is now part of many Latin American countries’ holiday celebrations.

Singing and prayers are shared to the rhythm of the Tu-cu-tí-cu-to of the ayotl (a pre-Columbian percussion device made of a turtle’s shell taped on the convex side with a piece of wood). Other autochthonous instruments, including whistles and chinchines (aboriginal maracas made from the fruit of the morro tree), fill the night air with music.

During las Posadas every day has a different element surrounding the Nativity:

What are the typical things done at a Posada?

The posadas navideñas occur during the nine days before Noche Buena (Christmas Eve), symbolizing the nine months of the Virgin Mary’s pregnancy. The first posada leaves the parish temple and makes its way to a home chosen in advance.

Every night the group visits three houses. The group splits in half; some enter the house, while the others stay outside with the anda (Joseph and Mary’s float). The ones inside play the role of host, and the others outside represent the pilgrims. They sing a ritualistic dialogue called canto de posada and ask for lodging for the night.

In the first two houses visited, the host denies entrance so that the group can continue to the next house. Finally, the last home opens the doors and welcomes everybody in. They set the float (anda) down in a place of honor or an altar, generally close to the Nativity scene.

It is decorated with colored sawdust, moss, pacaya leaves, and stringed manzanilla (known as tejocotl in Mexico) garlands. Usually, the host serves traditional Guatemalan food while kids have a blast with popular Chapin fireworks like estrellitas y saltapericos!

What food is served at a traditional Guatemalan Posada?

Every night the host receives the travelers with tamales, chuchitos, hot fruit punch, agua de horchata, barquillos, and other traditional Guatemalan dishes. The anda with Joseph and Mary remains in the house until the next night, when the pilgrimage begins again. 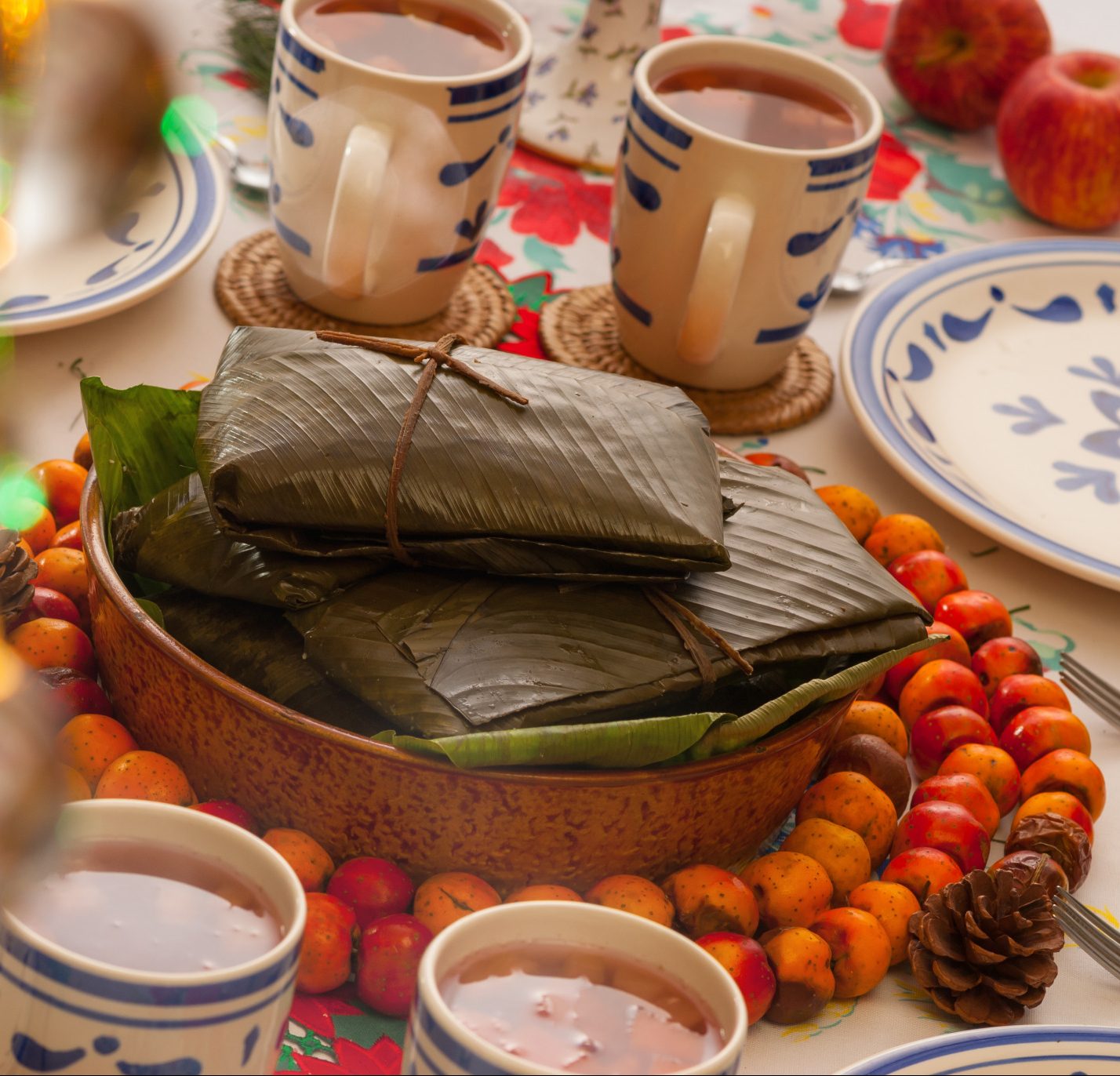 On December 24th,  the travelers remain in the last of the nine houses. There, the baby Jesus is added to the Nativity scene. Then, families gather around for the traditional Cena de Noche Buena (Christmas Eve dinner), filled with laughter, great food, and a jolly festive spirit. 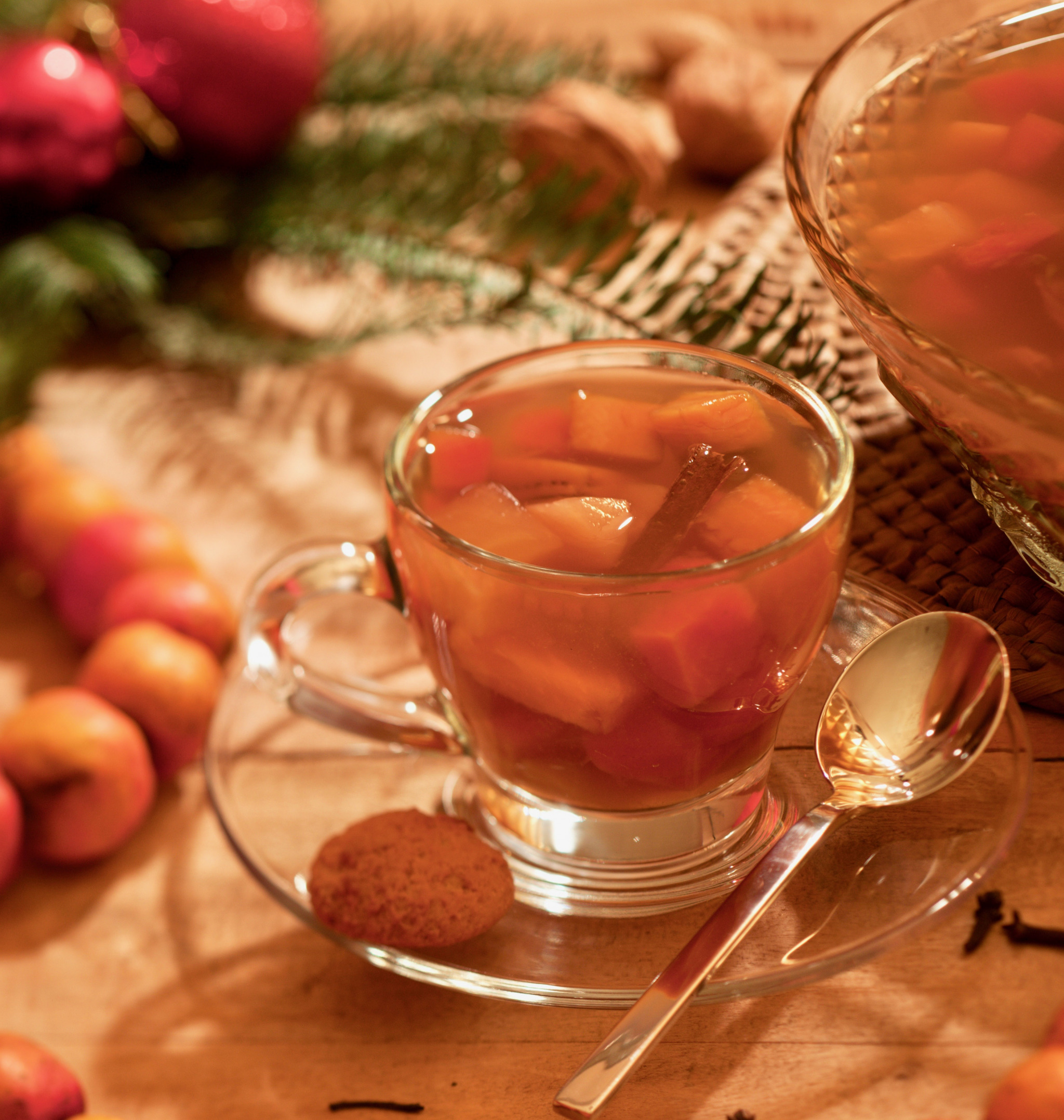 The posadas navideñas in Guatemala are a beautiful holiday tradition that I loved as a kid (and still do). Not only was I allowed to play with age-appropriate fireworks, but the food was amazing! And while eating is a huge part of any tradition, the singing part was the best. The Guatemalan cantos de posada (along with the smell of tamales) filled my nana’s home with the best Christmas spirit ever. So tell me, how do you celebrate Christmas? Let me know in the comment section below!

2 thoughts on “The Posadas Navideñas: Christmas Traditions in Guatemala”