From December 16th to Christmas Eve, Guatemalans celebrate the traditional Posadas Navideñas. Each night, a group of people visits three houses. Through this song, a ritualistic dialogue takes place in which José and María look for lodging to spend the night. The posada song is an essential part of Christmas traditions in Mexico, Guatemala, and many other Latin American countries. 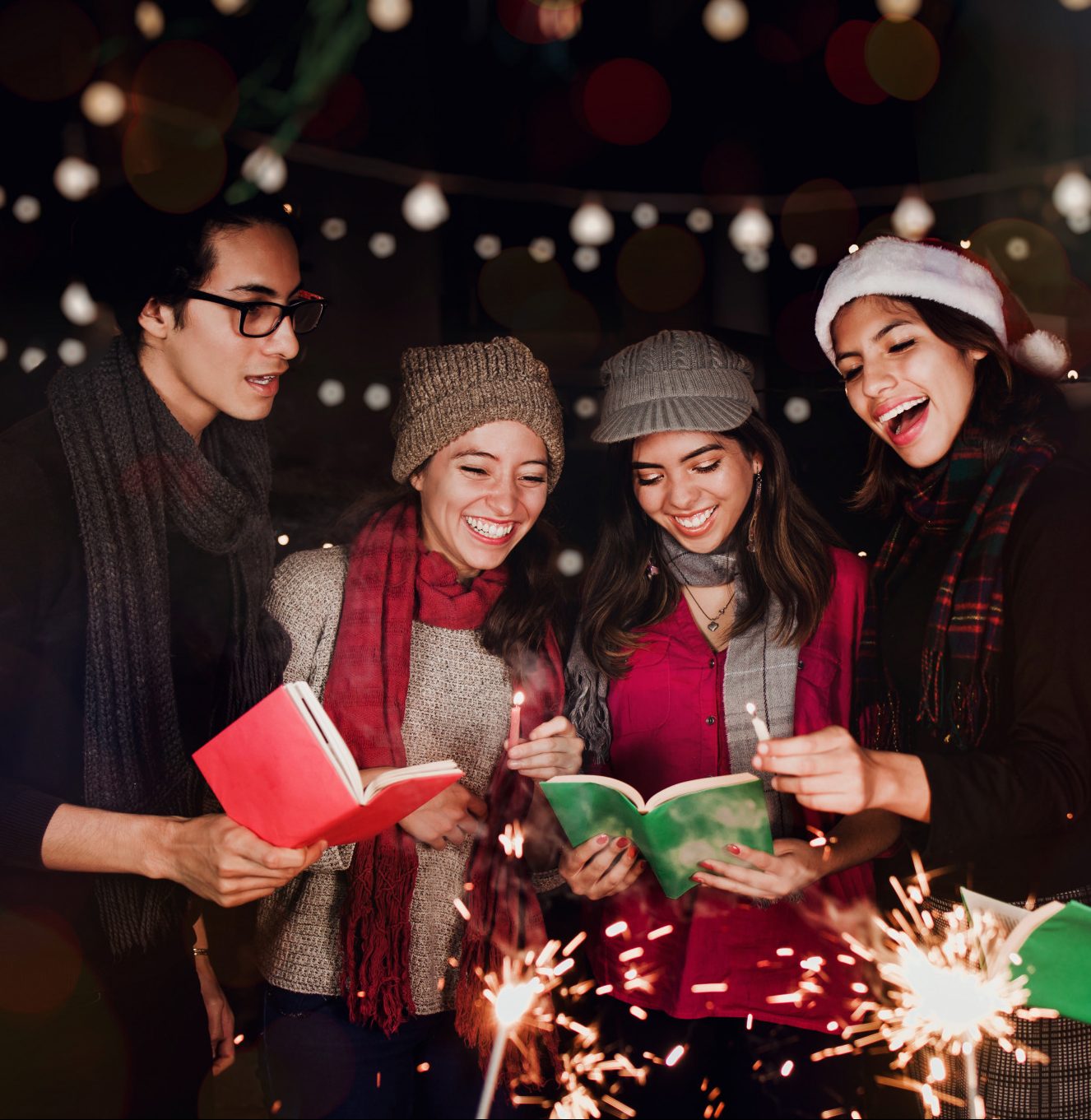 Christmas is coming, and with it, the beautiful family moments decorating your home, the delicious holiday food, and the traditional posadas navideñas. The posadas symbolize the birth of baby Jesus and the pilgrimage of Joseph and Mary to Bethlehem. If you’ve ever attended a posada, you know that Christmas songs and carols are the main focus of the party.

Many countries in Latin America share this joyful Christmas tradition. They can be a simple gathering among family and friends who alternate houses to a full-on production of the original religious events. But, if you’ve never attended a posada navideña, don’t worry! I will explain what happens during a posada, including the “canto de posada” song commonly used in Latin American countries. 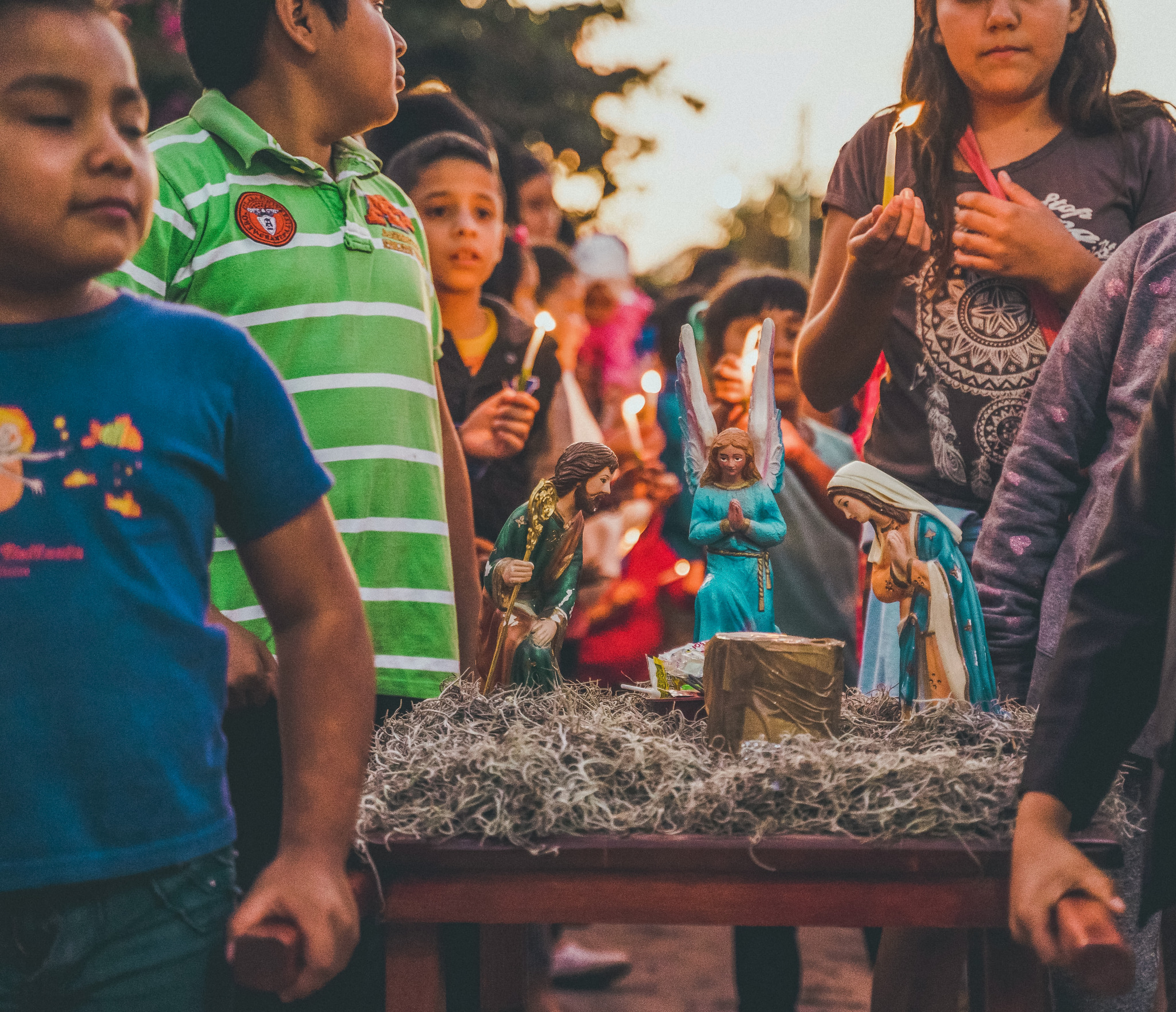 The posadas navideñas are a traditional celebration of religious nature, held nine days before Christmas, from December 16th  to Christmas Eve. They symbolize the route traveled by Joseph and Mary to Bethlehem and how they asked for “posada,” or shelter for the night awaiting the birth of baby Jesus.

Its origin dates back to the Spanish conquest. However, it has changed over time due to the evangelization period in Mesoamerica. Today, the posada is a celebration among family and friends announcing the beginning of Christmas.

The families place figurines of Mary and Joseph on top of a small procession or “anda.” Then, people sing Christmas carols or “Canciones de Navidad,” carrying it around, asking for posada (shelter). Generally, children and adults are playing some musical instrument. In Guatemala, we traditionally use turtle shells, whistles, chinchines (rattles), and tambourines. And there are also usually a lot of fireworks!

What Do You Do in a Traditional Guatemalan Posada?

The way people celebrate posadas navideñas has changed over time. Nowadays, they are held in the homes of family and friends or around one’s neighborhood. Although each family has its particular way of celebrating it, all the posadas have some aspects in common. So, let’s see what the posadas navideñas are all about.

The Catholic families begin with the “novena” to the Virgin Mary, a 9-day prayer of the Rosary. Then they take a short walk with the anda singing Christmas carols, burning incense, and shaking the rattles and turtle shells. Upon reaching the door of the host house, they split into two groups: one stays outside (the pilgrims), and others enter the house (the host). 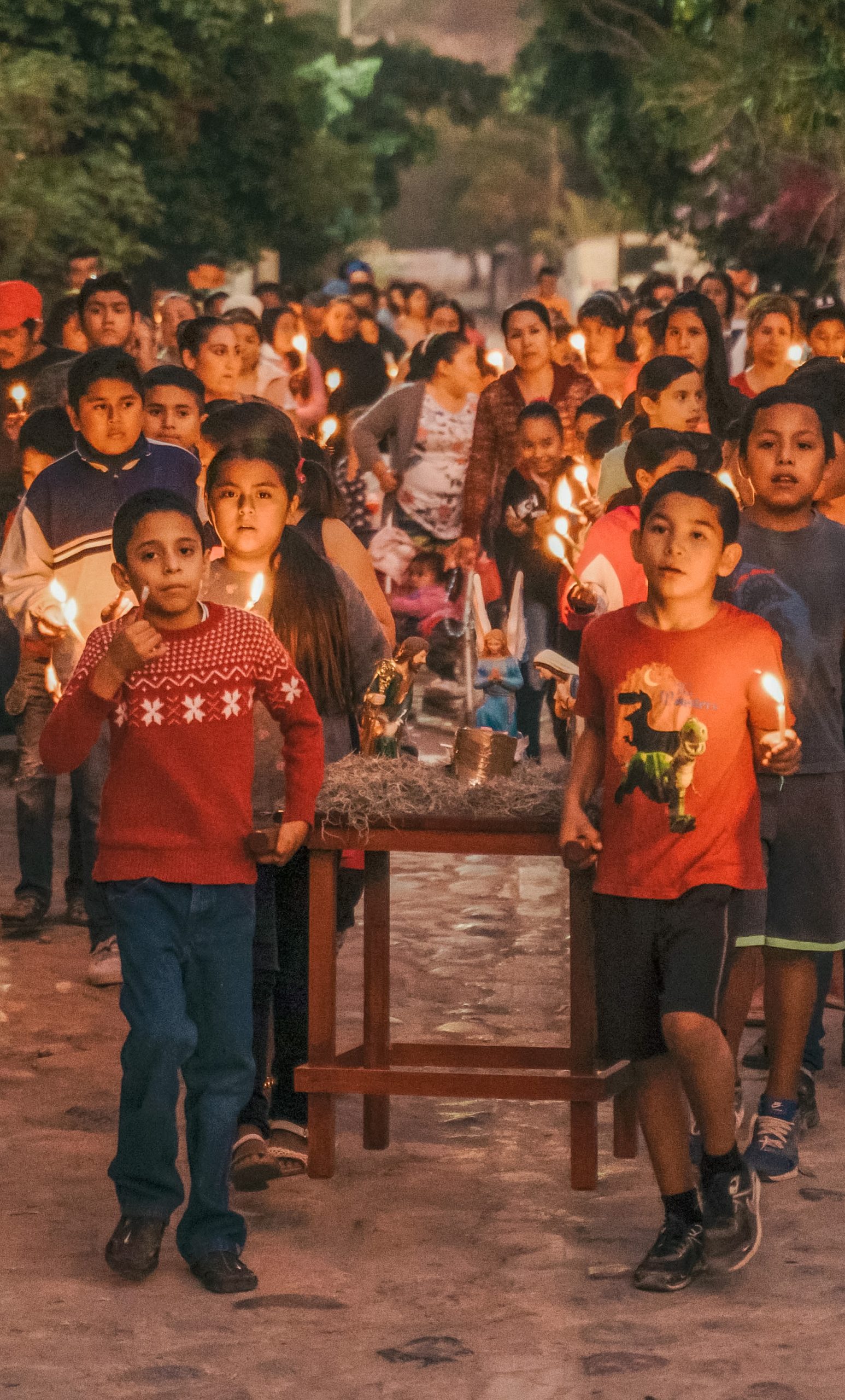 Now it’s time to sing the traditional canción de posada. The first group asks to be received inside, and the other opens the doors of their house, welcoming everybody inside. The night ends with everyone singing carols and sharing food. 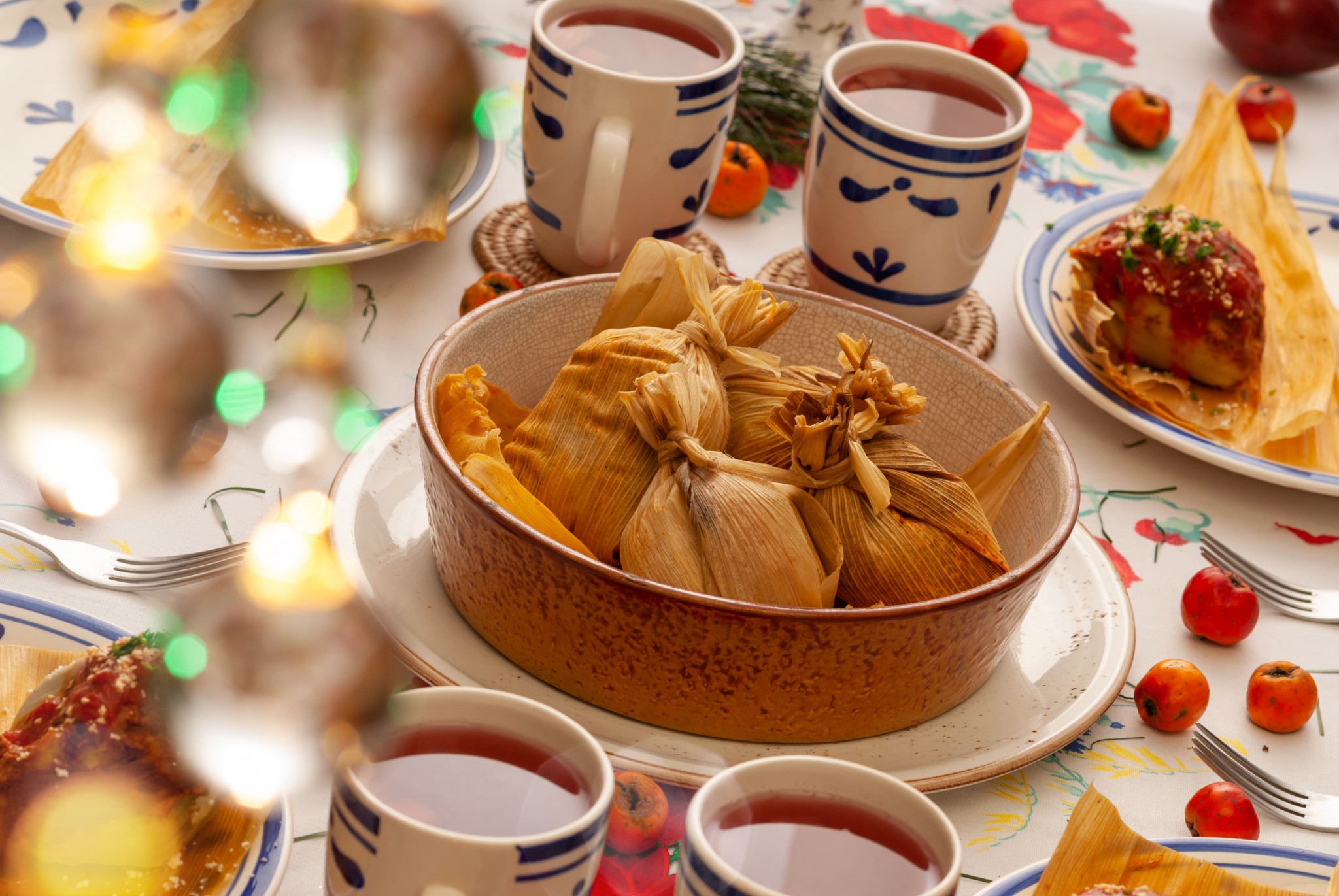 How is Singing a Part of the Posadas Tradition?

Initially, posadas were held inside Catholic churches, ending on the ninth day with the traditional Misa de Gallo. But with time, religious music was replaced by the singing of popular Canciones de posada (posada songs),

The festivities moved into the homes and neighborhoods around the cities. Most of the posadas’ songs were written specifically for these festivities, symbolizing the journey the Virgin Mary and Saint Joseph took on the eve of the birth of Jesus.

What Do They Sing During Posadas?

There are different versions of the same canción de posada with slight variations in lyrics and rhythms. The tradition has spanned across many Latin American countries, crossing borders and time.

So, don’t worry too much about hitting all the notes and all the right words. Instead, sing with a heart full of Christmas spirit! But just so you have a better idea of how the posada songs sound, here is a video with the traditional canto de posada.

Below I have included the traditional posada song lyrics in Spanish and a translation in English right next to it to get an idea of the meaning behind the song. In addition, I translated each verse of the song to make sense in English. So, don’t look for a line-for-line translation, but rather an interpretation of the entire song.

The Pilgrims (Outside)
In the name of heaven,
I ask you for shelter,
As my beloved wife
Is unable to walk.

The Host (Inside)
This is not a Inn,
Continue ahead,
I can not open,
It could be a scoundrel.

The Pilgrims (Outside)
Don’t be inhuman
Give us charity
That the God in heaven
Will reward you.

The Host (Inside)
You can go now
And don’t bother us
Because if I am angered
I will beat you.

The Pilgrims (Outside)
We come exhausted
From Nazareth
I am a carpenter
My name is Joseph.

The Host (Inside)
I don’t care about the name
Let me sleep
As I have already said
We will not open our doors.

The Pilgrims (Outside)
Shelter we request
Beloved host,
As the Queen of Heaven
Is going to be a mother

The Host (Inside)
Well, if she is a queen,
Who requests shelter
How is it that at night
She travels alone?

The Pilgrims (Outside)
My wife is Mary
Queen of Heaven
And mother she will become
Of the Divine Verb.

The Host (Inside)
You are Joseph
Your wife is Mary
Come in pilgrims
I did not know you,

The Pilgrims (Outside)
God pay you sirs
For your Charity
And may the heavens
With happiness shower you.

ALL
Favored the house
That shelters us today
The pure Virgin
The beautiful Mary.
Come in Blessed Pilgrims,
Accept this small corner
Even if the dwelling is poor
I offer it from the heart. 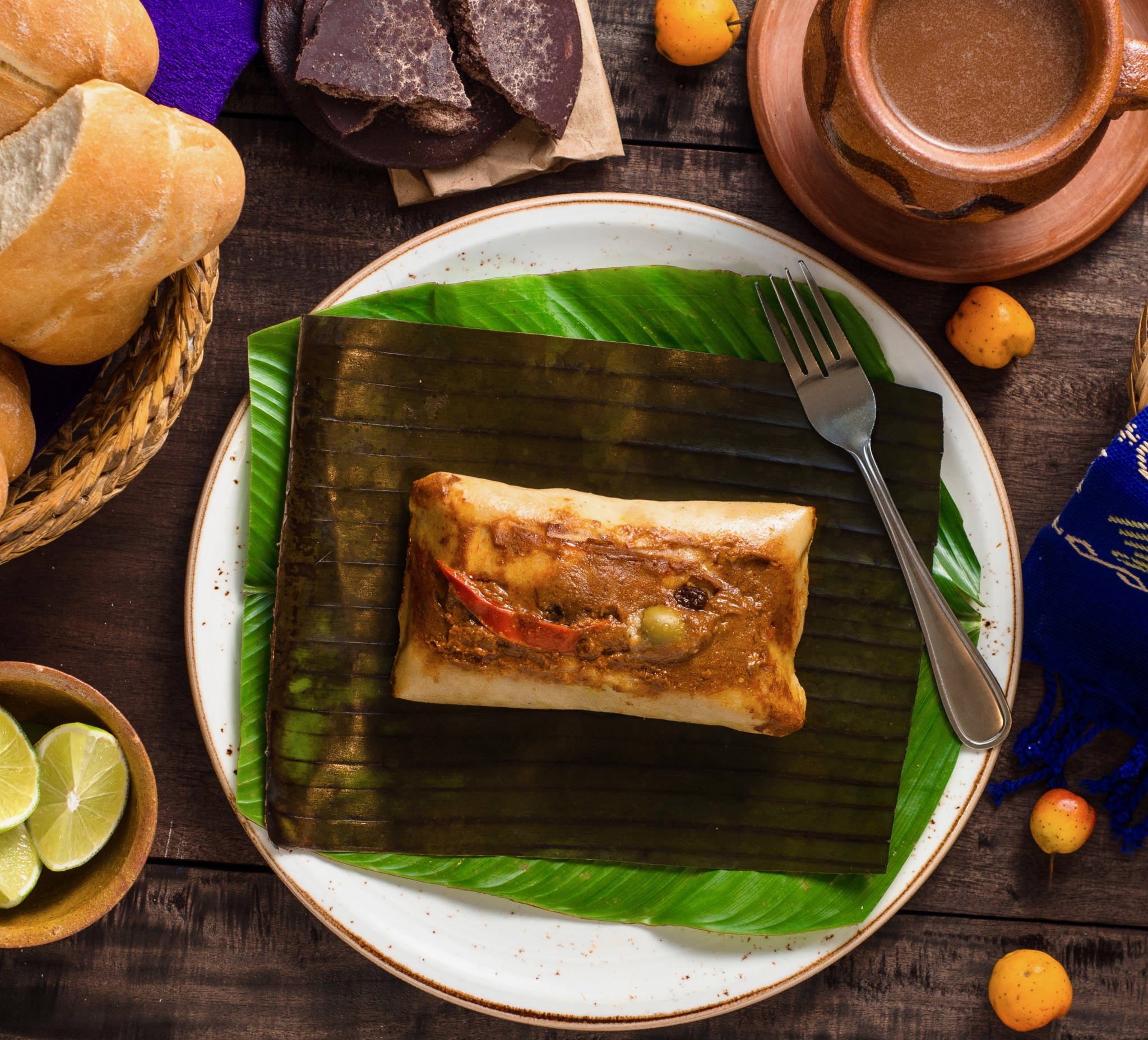 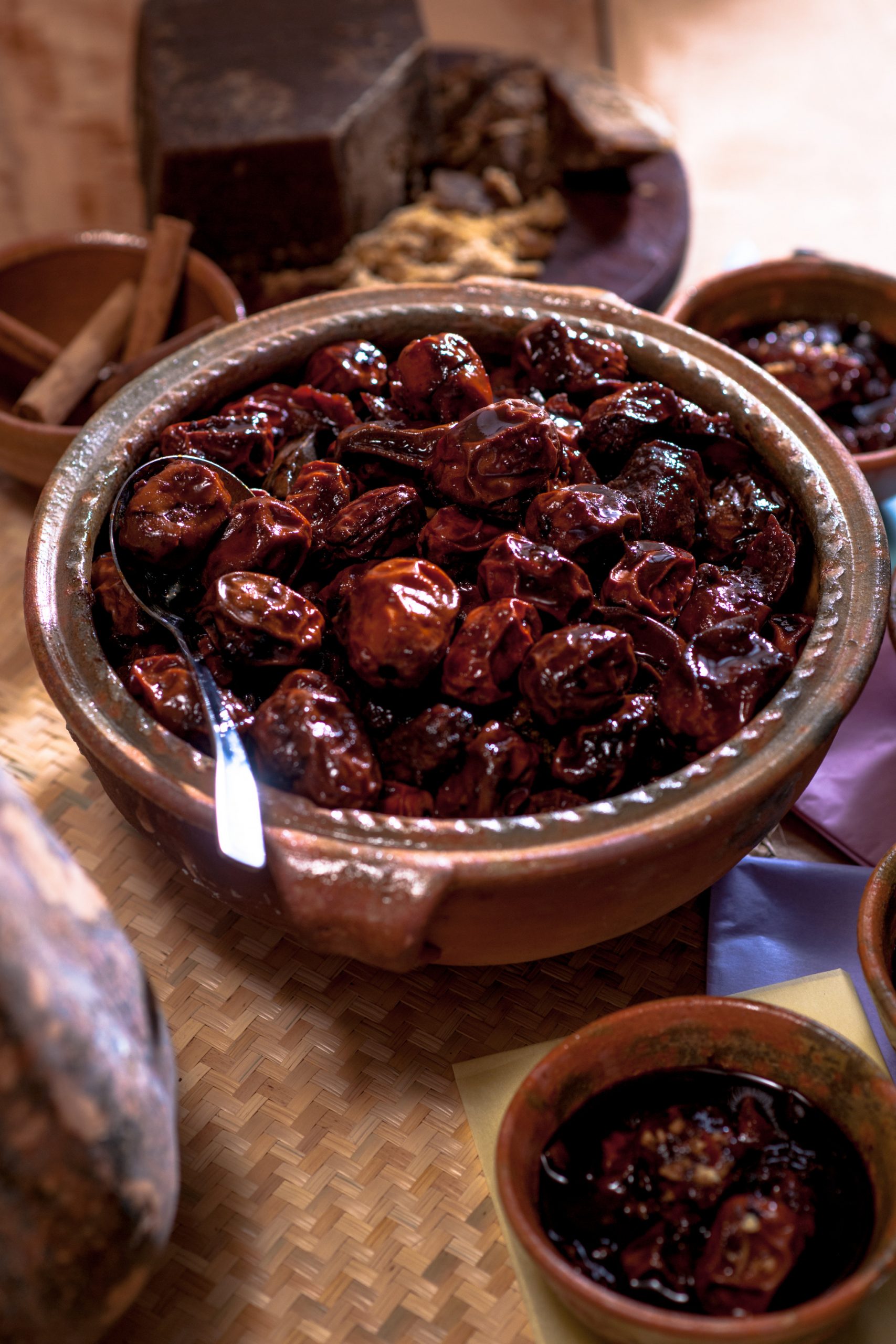 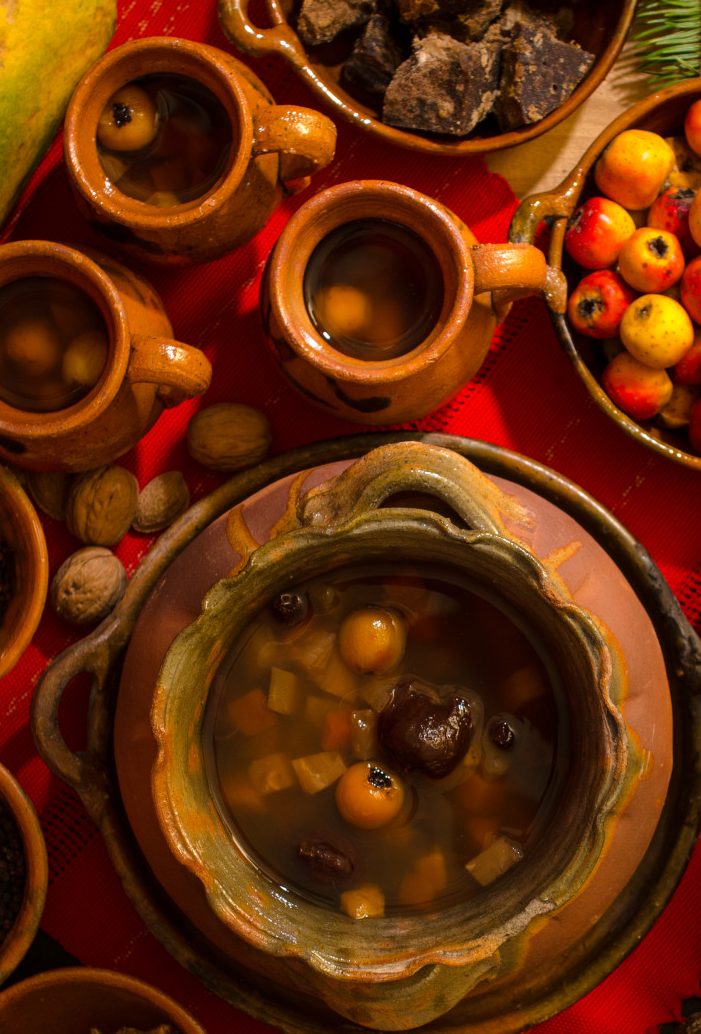 Las canciónes de posadas or posada songs always bring back fond memories of my childhood full of Guatemalan Christmas traditions. I remember those nights surrounded by family and friends, where there was never a lack of Guatemalan ponche de frutas, carols, and Christmas songs.

I hope that this article has helped you understand the meaning of posadas ñavidenas and the meaning of the canto de posada that I always sang as a child. Christmas is the perfect time to share with family and teach my children these memorable songs that fill my home with the Christmas spirit.