Disclosure: This shop has been compensated by Collective Bias, Inc. and its advertiser. All opinions are mine alone. #CollectiveBias  #SparkRebellion

As a big fan of Star Wars I introduced the movies to my kids about a year ago and they too became fans. I love that I get to share with them my love for this awesome series and that this is something that we can share and enjoy together as a family.  My kids have gotten so into it that my daughter asked to meet Darth Vader for her 9th birthday, yes this was her birthday wish and I could not have been prouder of her or happier with the fact that we were able to go as a family to the Disney Star Wars Weekends and she got to meet many of the Star Wars characters and even some of the cast members from the original Star Wars saga as well as voice cast members from the Start Wars Rebel series! 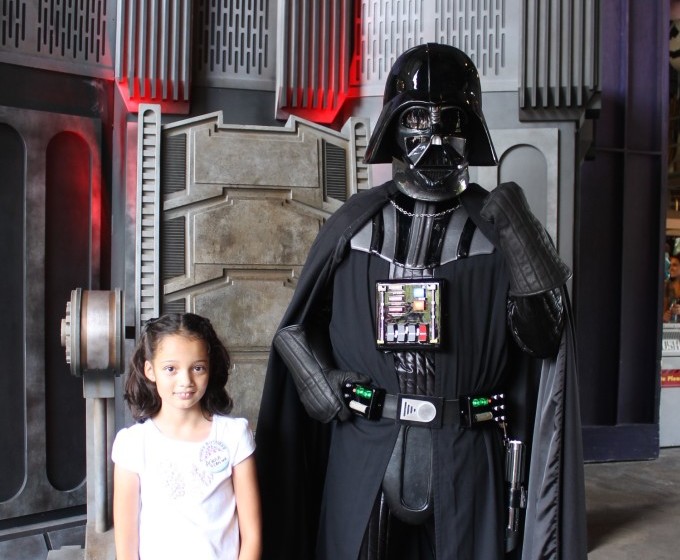 After that trip to Disney the kids really got into Star Wars and we have been watching the Star Wars Clone Wars series together.  I really feel that this has brought us all closer and given us something we can enjoy and do as a family we even have a weekly Star Wars Movie Night when we watch episodes of Star Wars Clone Wars.

This week I took my kids to Walmart and we headed directly to the movie section to get the brand new Star Wars Rebels, Spark of Rebellion movie which introduces the new series that started on Friday October 3.  They were so excited that we just had to get some Hasbro Star Wars toys from the series to compliment the experience because I knew that as soon as the movie ended they both would start role playing and turn into the characters.

If your kids are into Star Wars as mine are there are some really cool toys out there, my kids have even included some of these in their Christmas lists!   We all think that the spaceships are so cool so my son wants the Hasbro Star Wars Command Destroyer and my daughter wants the SW Command Destroyer and of coarse they we are all getting the Inquisitor Lightsaber, be cause we need new light sabers!

I have to say the movie was a blast, and I wish I could say that my kids did not stop screaming with excitement, but all they did was stare at the TV with their eyes wide open, almost hypnotized with wonder and as soon as it was over my little man jumped in excitement and says “that was Awesome!!!” . Both of them ran to the room to get the lightsabers. How can you not love that reaction? And I have to admit I had to get in on the fun too because you are never too old to play with light sabers, that is a fact! The new Star Wars Rebel series produced by Disney and adapted for the new generation of young viewers is was a lof fun even for me and this way I can share with them something they like as I have shared my love for the original movies with them.

This new series is the story of how the Rebellion started against the Empire so it happens between the third and four movie, tying everything together. It’s got great new characters and a fun and exciting new stories!   Disney Star Wars has the makings of a great series and my kids and I can’t wait to see what happens next in this exciting new story.  If you are a huge Star Wars fan like we are you can also check out the Star Wars website where you will find shorts, info about the characters and games and apps . Since I don’t want to spoiler the movie for you I will leave you with the official trailer!  And remember that the Star Wars Rebels DVD is sold exclusively at Walmart from 10/3 to 10/13, so don’t miss out!